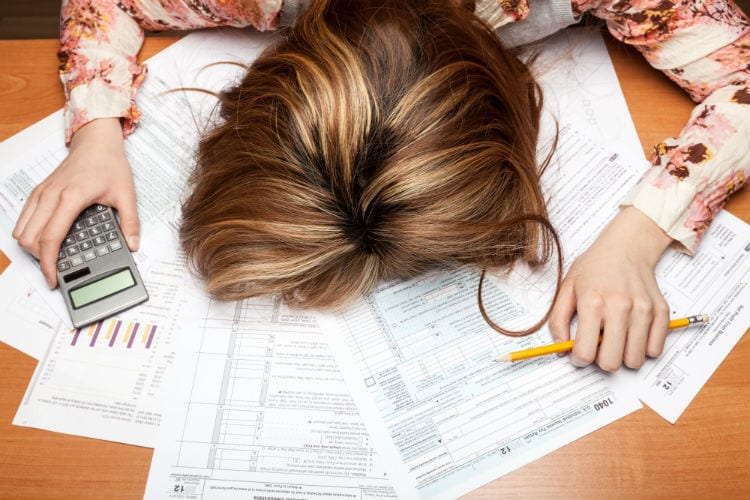 Having Unfiled Tax Returns can have a negative impact on more than just your financial situation.  Most taxpayers are required to file a tax return every year. The IRS keeps a record of taxpayers who are required to file but don’t – and the IRS can pursue those returns. That can mean stiff consequences and increasing complications.

If you have unfiled tax returns, the IRS can charge you expensive penalties, hold your refund and even file a return for you without any credits or deductions in your favor (called a substitute for return).

Whether you have one or many returns to file, you or your tax pro should start taking steps right away to file an accurate and complete tax return that will get you back in good standing with the IRS.

Of course, there are various reasons for having unfiled tax returns. For example, one is where your business loses money. Hey, why go through the filing process when there is no taxes owed, right? Well, you should still file. The reason is that you can apply your losses to future years — or prior years — when you make profits, which can help lower your tax bite. Something else: if you have lean years – which is certainly common for new businesses – then you may be eligible for certain tax credits that can put money in your pockets, like the Earned Income Tax Credit.

The irony is that you may have been entitled to refunds anyway. However, according to the rules, you can only go back for three tax years. In other words, you could potentially miss out on getting back money that you were entitled to.

No doubt, another situation regarding an unfiled tax return is when you owe money but somehow think the IRS will not figure this out. Granted, the agency can be glacially slow but it does eventually take action (this is often done by using sophisticated computer systems that match up filings, such as with forms like 1099’s). The IRS is particularly concerned with unfiled tax returns because the US tax system is based on the concept of voluntary reporting of income and deductions.

The IRS will only allow you to recover any tax refund for 3 years. So, if you have any refund older than 3 years, the IRS will not refund OR credit your tax obligation for those years. For example, suppose a taxpayer hasn’t filed a return for years 2009 – 2014. Further, suppose, once the returns are complete, the taxpayer is due a refund for the years 2009 – 2011, but incurs an obligation for the most recent years 2012 – 2014. The refunds from the first three years will not be used to set off the tax obligations of the past three years. Those refunds are gone.